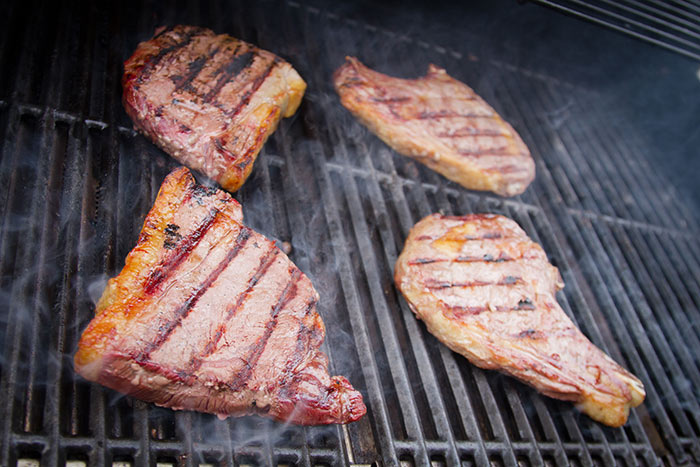 For the last six decades or more, government dietary advice in the U.S. and across much of the world has been to eat a diet rich in vegetable protein and fats, avoiding beef and other sources of animal proteins and fats.

Yet recent studies suggest this advice may be wrong and may have led to the explosion of obesity and obesity-related disorders since the late 1970s after vigorous public health efforts to convince people to abandon meat and substitute plant sources of protein.

Up until World War II, heart disease was considered an inevitable consequence of aging. After the war and into the 1950s, however, the death rate from coronary atherosclerosis (blockages in the arteries to the heart) became so high that it resulted in a public health crisis. As a result, numerous scientific studies were established to identify the causes and risk factors.

Although the theory and practice of dietary control of cholesterol at that time was poorly understood, a number of influential scientists soon believed they had established that eating animal protein was associated with more heart attacks than eating plant protein. One particular study at the time played a central role. The Seven Countries diet study is the origin of the so-called “Mediterranean diet” that came to be associated with lower risk of coronary atherosclerosis. In brief, the principal inference from the Seven Countries study was that heart disease was preventable with lifestyle—and not an inevitable consequence of aging, as had been assumed; and that dietary intake of saturated fat should be reduced and replaced with mainly plants and seafood. Another important study shows how little was understood back then. The Framingham study, which started in 1948 and still continues, identified the major risk factors for development of coronary atherosclerosis: diabetes mellitus, hypertension, high cholesterol, cigarette smoking, male sex, advancing age and family history of premature heart disease. Despite protests from other scientists at the time, this concept became accepted as truth and went on to form the basis of official dietary recommendations that have persisted for decades.

However, a number of recent studies on dietary fat intake and health consequences raise serious questions about the hypothesis that animal-derived saturated fatty acids increase the risk of coronary artery disease. For example, several studies have shown that the inclusion of lean beef in diets had similar positive outcomes in total cholesterol, LDL and HDL cholesterol and triglycerides as consuming poultry or fish. An important and comprehensive study, published in the American Journal of Clinical Nutrition in 2018, showed that total cholesterol and LDL (the ‘bad’ cholesterol) actually improved when the amount of unprocessed beef or pork was more than doubled compared to the standard plant-, fish- and poultry-based Mediterranean Pattern diet.

The developing argument that saturated fat and, in particular, ruminant animal fat, may not be associated with coronary artery disease is controversial, if not revolutionary, particularly given the primary importance and influence of previous studies on global dietary advice over the last 60 years. But while more clinical studies (rather than metanalyses) are clearly necessary before the “saturated fat” paradigm can be considered obsolete, one thing is certain: the dietary advice that “beef is bad for you” is no longer an incontrovertible truth.