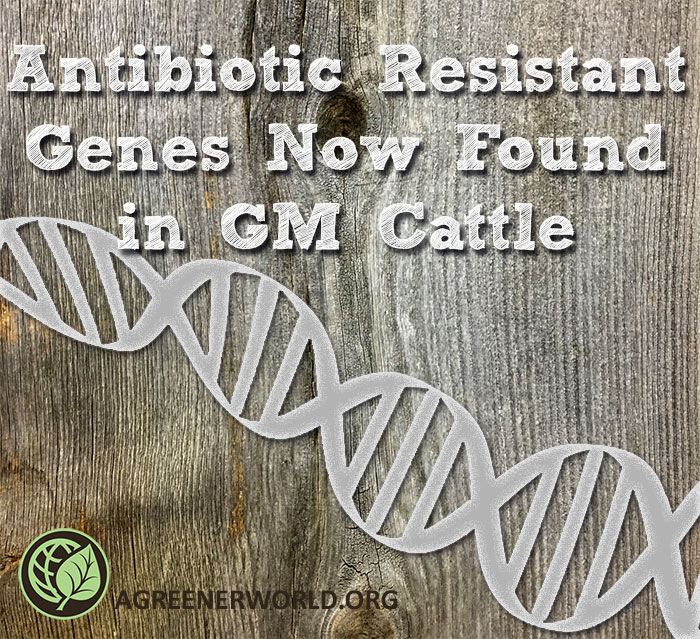 News is breaking that FDA researchers have found (through a re-examination) that genetically modified (GM) cattle contained unnatural DNA, despite the developer’s claims to the contrary.

Upon previous examination of the result of the gene-editing procedure in animals, researchers did not detect any unexpected alterations, such as insertions or deletions of DNA. But in a recently published paper, in a study of the DNA of two genetically dehorned calves, the FDA found that the calves’ genomes did contain unintended DNA alterations.

The report found that one calf had an unintended duplication of the polled gene locus (a gene locus is a fixed position on a chromosome occupied by a given gene); the DNA of two calves contained inadvertently introduced antibiotic resistance genes, found close to the editing site. Independent Science News for Food and Agriculture reports that since there is a strong global push to limit the spread of genes conferring antibiotic resistance, this study’s findings raise the issue of biosafety.  Every cell of the gene-edited cattle with the polled locus will also contain the Neomycin/Kanamycin or Ampicillin resistant genes, allowing them to easily be transferred to bacteria.

Emerging science is raising serious questions about the long-term consequences and risks of GM animals.  Aside from the implications for animal welfare that can occur from genetic modification in animals, it’s now proven that antibiotic resistant genes can also be unintentionally introduced. Without regulation of gene-edited organisms (GMOs), the dangers of antibiotic-resistant bacteria will loom ever closer.

The Certified Non-GMO by AGW program verifies products free of gene editing and GMOs, guaranteeing that food products are produced without genetically engineered/modified feed, supplements or ingredients in addition to assuring meat, dairy, fiber and eggs come from animals raised to highest animal welfare standards in the industry.