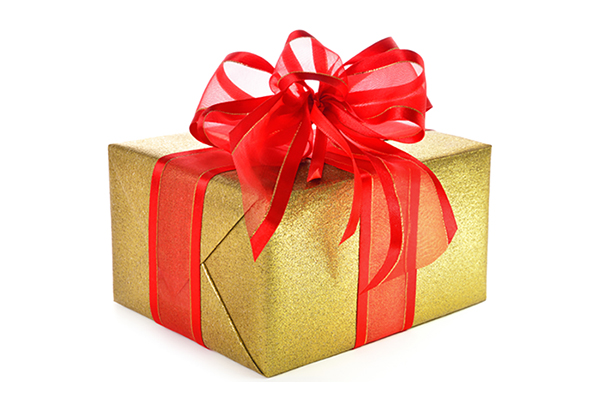 It’s a tradition of ours to recap the many “gifts” that Big Ag has bestowed upon us over the past 12 months. Most of these are gifts that we didn’t really want, need or—in some cases—didn’t even know about. Here’s our top 5 for 2015 – and what you can do about it.

California currently produces more than 1/3 of U.S. vegetables and 2/3 of all U.S. fruits and nuts. But the big question is, for how much longer? While we’re often led to believe that vegetarian or vegan diets are the only way we can save the planet, vegetables can have their own side effects. Big Ag has sucked ‘America’s Salad Bowl’ dry, poisoned its land and effectively indentured many farm laborers. In some areas of the San Joaquin Valley, over-extraction of ground water for crop irrigation is causing the land to sink at up to 2 inches a month. One in 10 people living in California’s most productive agricultural areas are at risk of exposure to harmful levels of nitrate contamination in their drinking water—and many of these are low-income communities. Many farm laborers in California are routinely exposed to dangerous pesticides, are trapped in jobs that pay less than the minimum wage, and suffer very high levels of food insecurity and extremely crowded housing conditions. In many costal areas, California’s sea otters carry a high load of industrial pollutants and pesticides in their tissues, with numbers declining rapidly. Industrial food animal production is a failed system, and we urgently need to reduce our consumption of so-called cheap meat; But there is NOTHING sustainable about vegetables produced in this way.

In 2015, the widely respected Consumer Reports tested 300 packs of conventionally and sustainably produced ground beef from stores in 26 cities across the U.S. They found that conventional ground beef (we’re talking beef from cattle finished on dirt feedlots, fed a high-grain finishing ration and routine antibiotics) is twice as likely to contain potentially life-threatening antibiotic-resistant “superbugs”—such as E. coli O157, Salmonella and Staphylococcus aureus—than ground beef from sustainably raised cattle, and three times as likely when compared to ground beef from cattle raised outdoors on an entirely grassfed diet. When it comes to advice on buying the safest possible ground beef, Consumer Reports recommends not one but two labels from A Greener World’s trusted portfolio: Certified Animal Welfare Approved by AGW and Certified Grassfed by AGW. Both are listed as among Consumer Reports’ most “highly meaningful” labels, assuring consumers they are buying meat produced in a safe and highly sustainable manner, as verified by independent third parties. Extra grassfed, hold the bugs, please!

In late November, the U.S. Food and Drug Administration (FDA) approved world’s first GE animal for human consumption, stating it was “as safe to eat as any non-genetically engineered (GE) Atlantic salmon.” Dubbed the “Frankenfish” by its critics, the AquaAdvantage Salmon grows to market size in half the time of conventional salmon. But despite the FDA’s approval, there are ongoing concerns. In 2001, an expert panel from the Royal Society of Canada concluded that health and welfare problems are “the rule rather than the exception” in GE fish. Although AquaBounty claims its GE fish are sterilized and pose no risk, environmental groups say the sterilization process is not 100 percent effective, and GE fish could escape and damage native wild salmon populations – and the fishing industry that depends on them. Some also believe AquaBounty is hoping the real money will come from selling millions and millions of GE salmon eggs to fish farms to other countries, where environmental regulations may not be adequately enforced. The FDA’s decision could also open the floodgates for other GE animals, including pigs, cattle and poultry. But the real kicker? The FDA says there’s no legal reason to label GE fish – so we won’t even know when we eat it. Too bad we can’t throw this one back!

So if domestic demand for so-called cheap meat is declining every year, and demand for high-welfare, sustainable meat is on the rise, why are we about to see the dramatic expansion of industrial livestock farms in our backyards? Well, you can thank to two of the largest regional trade treaties in history—the Trans-Pacific Partnership (TTP) and the Transatlantic Trade and Investment Partnership (TTIP).

Negotiated largely in secret, the TPP agreement (which was signed on October 4th) will reduce ‘regulatory barriers’ to trade between the U.S. and 11 Pacific Rim nations. The TTIP, which is still under secret negotiation, seeks to achieve similar trade objectives between the U.S. and Europe. So why should you be concerned? Well, the major livestock industry groups have wholeheartedly welcomed the TPP, claiming it will increase U.S. exports of meat, dairy and eggs “exponentially.” But while expanding the number of industrial farms to meet foreign demand for cheap meat might make perfect business sense for Smithfield & Co., the net result will be more farmers bound by ‘captive supply’ contracts, billions more animals raised in low-welfare, confinement systems, and more pollution of our environment, with U.S. citizens picking up the environmental and health check. Does that really sound like a good deal for America to you?

#1 Welcome to the Post-Antibiotic Era…

The nightmare scenario has finally arrived: In November, news broke across the world that scientists in China had discovered bacteria in both livestock and humans that are resistant to the last fully functional class of antibiotics.

For decades, scientists have warned that the irresponsible use of antibiotics in both human medicine and industrial food animal production (for growth promotion and disease prevention) was resulting in dangerous antibiotic-resistant bacteria, and that we were fast running out of treatment options. Partly due to their potential toxicity, “polymyxins” are regarded as the last resort for treating life-threatening multidrug-resistant bacteria such as E coli infections. Scientists believe the polymyxin-resistant strain occurred in intensively farmed animals in China, where the drug is widely used. They warn that the resistant gene can easily spread between different strains of bacteria, resulting multiple drug-resistant bacteria with pan-epidemic potential.

Ladies and Gents, we are now perilously close to a post-antibiotic era where antibiotics will no longer work, and where common bacterial diseases like strep throat will once again kill unabated, returning us to the medical equivalent of the 18th century. And all for what? So-called cheap meat. I really hope it was worth it, because this is one gift we can’t exchange.

But there is hope! While there is A LOT of room for improvement in our food system, there are thousands of amazing farmers who are offering real solutions [https://agreenerworld.org/solutions-and-certificates/] right now. Each year, we visit their farms to provide meaningful certifications that help you know they are producing food in the best way possible. We are very proud of the farms we certify, and incredibly thankful to our many supporters helping us build a food system we can be grateful for.