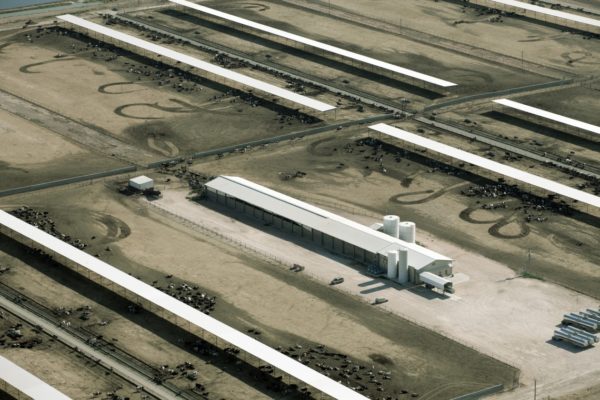 After years of delays, the U.S. National Organic Standards Board (NOSB) has finally agreed the organic standards should encompass the treatment and welfare of animals. The big question is: will the proposed welfare standards actually change anything?

As detailed in the National Organic Program’s (NOP) Organic Livestock and Poultry Practices, the proposed welfare standards would introduce a range of new requirements on the living conditions of organic animals, including transportation, slaughter and minimum indoor and outdoor space requirements. The proposals are intended to address what many see as a long-standing—and gaping—hole in the U.S. organic standards concerning the welfare of animals on organic farms, not to mention the huge shortcoming in consumer expectations of what the “organic” label actually stands for.

Over the years, many shoppers have put their faith in the “certified organic” logo. A recent Consumer Reports survey reveals that many organic shoppers believe they are buying meat, dairy and eggs from animals raised according to a higher welfare standard, including meaningful minimum living space requirements and access to the outdoors. But while there are many thousands of reputable organic farmers who are passionate about the organic ethos and raise their animals in accordance with the spirit of the organic principles, a minority of industrial-scale producers that now dominate the organic retail supply sector are only interested in providing the bare minimum of space and welfare provisions for animals—and maximizing profit. These unscrupulous, industrial-scale operators have been exploiting the weaknesses in the organic rules for many years to introduce intensive management practices associated with industrial farming systems, keeping many thousands of dairy cattle, pigs and poultry in confinement-like operations. Mirroring the conventional food industry, this vast industrial-scale production enables a minority of businesses to dominate the mainstream organic meat, dairy and egg retail sector, hoodwinking consumers and undermining the livelihoods of countless organic farmers and businesses that are doing it right.

It’s taken over 15 years to get to the point where animal welfare is finally being considered as a key component of the organic standards, largely due to delay tactics and heavy pressure from industry lobby groups. Even today, the National Pork Producers Council (NPPC) is lobbying hard to oppose the proposed organic welfare standards, claiming animal welfare is not “germane” to the concept of organic. The NPPC would do well to learn the history of the organic movement and read the IFOAM Principles of Organic Production before coming to the table in the name of organic production, where animal welfare is—and always has been—a fundamental pillar.

So will the National Organic Program’s (NOP) Organic Livestock and Poultry Practices change all this? Sadly no. In fact, the changes the proposals introduce could ultimately prove counterproductive.

While some welfare groups have mistakenly welcomed the draft NOP animal welfare rules as a “clear breakthrough,” this reveals a surprising lack of understanding of the limitations of the proposals and the likely welfare outcomes. Other organizations, such as the Cornucopia Institute, have done a great of job of highlighting the weaknesses and deficiencies of the National Organic Program’s (NOP) Organic Livestock and Poultry Practices, so I won’t go into detail here. But suffice to say this all reminds me of the pending move among many industrial egg producers from standard battery cages to so-called enriched cages for laying hens. While we may assume there are clear welfare benefits of providing hens with a slightly larger cage with a nest box, dust bath and other so-called enrichments, the science shows that such incremental changes simply do not benefit the welfare of the birds. An enriched cage is still a cage: while almost anything is better than a standard barren battery cage, let’s not kid ourselves that the enriched cage is anything other than an inhumane confinement system.

The point is these proposed new rules will set the welfare parameters for organic livestock production for the next decade or more. Once introduced, they will represent the baseline welfare standards in organic production that most large-scale systems will never move beyond; as a result, we are unlikely to see any further improvements in the welfare of billions of certified organic animals for many, many years to come. If we’re serious about improving animal welfare, and the associated wider health and environmental benefits, shouldn’t we aim for meaningful, systemic changes now?

There are countless thousands of certified organic farmers across the U.S. who already farm in the spirit of the organic principles and who pride themselves on the highest welfare standards, and whose livestock housing facilities already far exceed the NOSB’s inadequate proposals. Many of these organic farmers are also Certified Animal Welfare Approved by AGW – a clear statement of their dedication to providing their animals with the highest standards of welfare. In fact, many farmers choose AWA certification precisely because of the shortcomings of organic.

While the effort to strengthen U.S. organic standards must continue, the Cornucopia Institute has created a couple of handy online tools to help shoppers look behind the organic label. Rating the most common brands and farms according to a set of welfare and environmental criteria, Cornucopia Institute’s national Organic Egg Scorecard and Organic Dairy Scorecard empower consumers who want to invest their food dollars to protect hard-working, ethical family farmers—and avoid buying ‘organic’ eggs or milk from industrial-scale confinement operations with questionable environmental, labor and animal husbandry track records.

Not surprisingly, Certified Animal Welfare Approved by AGW farmers come out on top in both national Scorecards. Certified Animal Welfare Approved by AGW eggs at TreeBird Organics (formerly Sunnybrook Farm) in Trout Lake, WA, and Kingbird Farm in Berkshire, NY, were awarded first and second place out of almost 150 suppliers on the latest national Organic Egg Scorecard, while Hawthorne Valley Farm of Ghent, NY, and Working Cows Dairy in Slocomb, AL, were both awarded the top ‘5-cow Outstanding’ rating—the highest possible—in recognition of their high-welfare, sustainable and pasture-based management practices.

People put their trust in the organic label in the belief it will provide farm animals with high levels of animal welfare. Although the NOSB may claim to have great aspirations for organic livestock standards, its proposals on animal welfare leave a lot to be desired. Until such time as they do, consumers should remember that Certified Animal Welfare Approved by AGW farmers already meet the ‘gold standard’ for meat and dairy products, farming under the most rigorous and progressive animal care requirements in the U.S.

Note: The USDA has extended the comment period for the proposed organic animal welfare rule on organic livestock and poultry practices until July 13, 2016. To contribute to the debate, read the Cornucopia Institute’s Action Alert and their official comments here.  Photo courtesy of The Cornucopia Institute