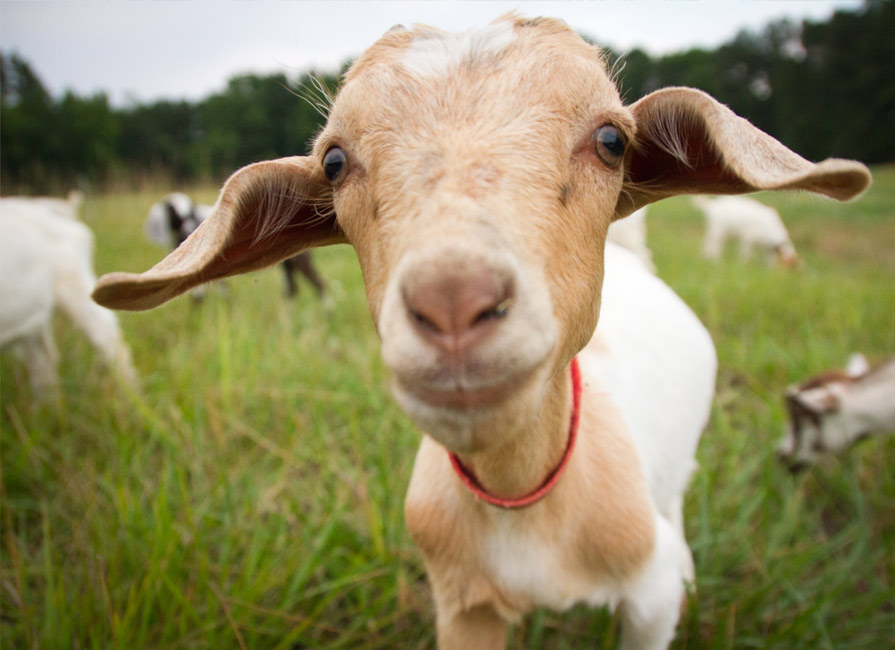 Clostridia spp. is a group of bacteria widely recognized as pathogens of livestock, companion animals, wildlife and humans. Before the advent of vaccinations, clostridia disease was one of the biggest killers of sheep and goats, and losses could be catastrophic.

Clostridia are part of the normal gut flora in goats and the bacteria are capable of producing highly resistant spores that can survive in the environment for long periods. It is impossible to eliminate them it from the farm. Disease occurs when the numbers of bacteria rapidly increases, leading to the production of potent toxins in the intestine, causing gut problems, blood poisoning and even sudden death. This often occurs as a result of stress or a sudden change in diet.

Tetanus is caused by Clostridia tetani and is usually the result of the contamination of a wound with soil, although practices such as castrating and ear tagging may also be initiating factors. While the initial wounds may be minor, the bacterium will produce a potent neurotoxin, leading to tremors, impaired head and neck function, difficulty in chewing and swallowing. Spasms give way to permanent rigidity, breathing difficulties and rapid death.

Minimizing stress and maintaining a steady diet is important in limiting the risk of an outbreak. When feeding high risk feeds (for example, high in sugar or protein), be cautious and divide the daily ration into as many small feedings as practically possible to avoid overeating. Feeding rough forage beforehand will help to limit the potential over-eating. If you need to change the animals’ diet, ensure that you do so slowly and gradually to minimize the risk of disease.

Vaccination against clostridial diseases in goats is highly recommended. Seven- and eight-way combination vaccines that include vaccines against additional clostridial diseases, such as blackleg and malignant edema, are available for goats and regular vaccination is advised on larger operations. Some require boosters at least every six months. In pregnant does a booster dose should be given four weeks prior to kidding to boost colostral immunity. Transferal of maternal antibodies from the mother via the placenta or from the colostrum provides 2–3 month immunity against tetanus.

Success of treatment depends on the stage of the disease. More severe cases can be effectively treated with fluids orally or intravenously, along with pain relief and anti-inflammatory agents. Enterotoxaemia (also known as over-eating disease or pulpy kidney) anti-serum can also be useful. Milder cases may respond to probiotics.

Treatment of severe blood poisoning is difficult and the response is usually poor. Full doses of antibiotics may be administered and tetanus antitoxin should also be given. Success often depends on good nursing with forced feeding, if necessary.