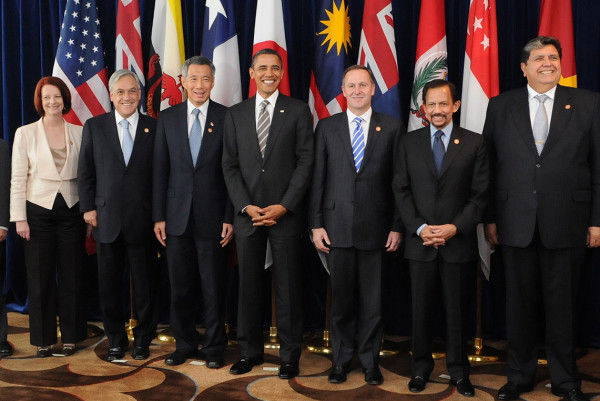 Ever heard of the Trans-Pacific Partnership? It’s the largest regional trade treaty in history. And it’s likely to result in the dramatic expansion of the intensive livestock industry across the U.S., as we ramp up domestic production to supply growing demand in Asia and elsewhere for so-called cheap meat, dairy and eggs.

On October 4th, the 12 member states to the Trans-Pacific Partnership (TPP) announced they had reached an agreement after five and a half years of discussions. Negotiated largely in secret over the last five and a half years, the TPP seeks to reduce trade barriers between the U.S. and 11 Pacific Rim nations—including Australia, Canada, Chile, Japan, Mexico, New Zealand, Peru, and Vietnam.

At a time when domestic demand for intensively-farmed meat and livestock products is in steady decline, all the major livestock industry groups have eagerly welcomed the TPP, claiming it will increase U.S. meat, dairy and egg exports “exponentially.” Recent reports indicate that meat consumption in the U.S.–particularly beef–has been declining steadily for years. According to the U.S. Department of Agriculture, the average American will have consumed 12.2 percent less meat and poultry in 2012 than in 2007. So these groups would naturally welcome anything that boosts the stagnating U.S. intensive livestock industry. But while a number of factors are obviously going to be at play here, industry opponents point out that public awareness of the impact of industrial livestock farming on health, animal welfare and the environment will have influenced this reduction in domestic demand for so-called cheap meat. At the same time, we have seen a dramatic rise in consumer interest in high-welfare, sustainable livestock products, with demand for grassfed beef alone increasing by almost 30 percent every year over the last decade.

Despite the positive spin we’re hearing about the benefits of this treaty from the meat and livestock industry, we believe the TPP represents more bad news for American farmers and consumers, our environment, and billions of farmed animals. Expanding the number of polluting CAFOs to meet foreign demand for so-called cheap meat might make perfect business sense for the likes of Smithfield & Co., but the net result will be more farmers bound by ‘captive supply’ contracts, and U.S. citizens once again picking up the environmental and health check. Does that really sound like a good deal for America?