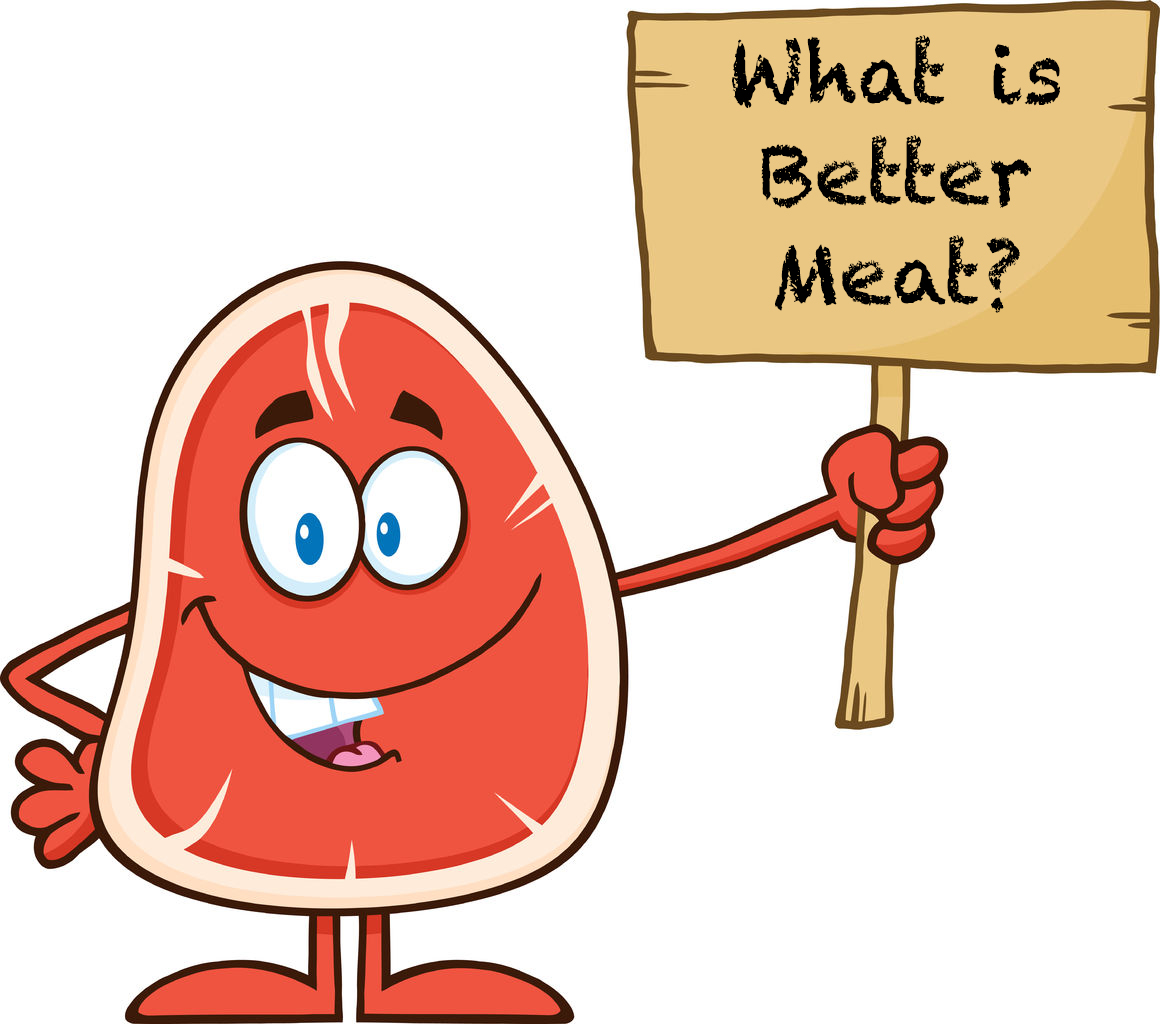 Let’s face facts: America has a very deep-seated meat culture—and that’s not going to change any time soon. Despite the efforts of some food advocates to persuade people to stop eating meat, U.S. per capita meat consumption rose by a whopping 5 percent in 2015—the largest increase in over 40 years.

As an organization promoting high-welfare, sustainable food animal production—and working directly with thousands of livestock farmers and ranchers—this represents a real challenge. It’s now widely accepted that if we continue to consume such unsustainable levels of industrial meat, dairy and eggs, we’re all in big trouble. We urgently need to change what we eat and how it’s produced.

Over recent years, some food advocate groups have sought to find a ‘silver bullet’ solution that consumers can easily buy into, which will bring about the wholesale reform of industrial food animal production we so urgently need. While these efforts have resulted in some good (and some not so good) ideas, the food industry has always been sharper and far more effective at getting their message across to the consumer.

For those of us in the sustainable food business, that’s no real surprise: The food industry spends billions upon billions of dollars every year on market analysis and marketing; they examine consumer behaviour under the microscope, and can quickly react to any emerging trends with new products, backed up by powerful advertising campaigns. And we know they are only too willing to exploit—and even fuel—consumer ignorance in the pursuit of profits.

Take the popular “natural” food label. From the industry brand perspective, the “natural” claim has been hugely successful in misleading millions of U.S. consumers each and every day that they are somehow buying better. Research by Consumer Reports reveals 60 percent of consumers look for the “natural” label claim when buying food; when it comes to meat, eggs and dairy, almost half mistakenly assume it means the animals lived outdoors on pasture, while 60 percent wrongly think it means that no antibiotics or other drugs were used. In fact, the “natural” label has absolutely nothing to do with how animals are raised. It simply means the meat contains no artificial ingredients or added colors, and that it was minimally processed.

Similarly, when people see the “family farmed” label on animal products, they imagine they are supporting independent farmers and a system where animals are free to roam on pasture. Yet ownership isn’t a farming practice. The term “family farmed” has nothing to do with how animals are raised. It simply refers to deeds and mortgages and financial transactions. According to USDA data, over 90 percent of large-scale farms in the U.S. are family-owned operations, and most will supply the major food processors. But the food industry is more than happy to take advantage of consumer ignorance and slap a “family farmed” label on their products.

The food industry isn’t the only culprit here. Some highly problematic food label claims have come about as the result of well-meaning food advocates with little or no farming experience—and certainly not the deep understanding of agriculture or system design necessary to understand and predict the potential unintended consequences of what they were demanding.

The “antibiotic-free” meat label was the unintended consequence of a public campaign initially devised by a group of misguided public health advocates to highlight the threat of antibiotic-resistant bacteria associated with the rampant abuse of antibiotics on industrial farms. In the pursuit of what seemed like a ‘quick fix’ solution—a campaign to put pressure on key retailers to ban antibiotics in their meat supply chains—they played directly into the hands of the industry and aided the development of a multi-million dollar premium marketing sham that preys on consumer ignorance. (Read our detailed critique of the “antibiotic-free” label.)

Buying “antibiotic-free” meat won’t stop the misuse of antibiotics on most industrial farms. As a premium label, it simply prohibits a minority of farmers from treating sick animals. (If they treat, they lose the premium and have to sell into the mainstream market.) Choosing “antibiotic-free” meat won’t end confinement operations (“antibiotic-free” farms ARE still confinements operations) or prevent the pollution of waterways with toxic fecal waste, or stop the extortion and indentured servitude of U.S. farmers. And if you are buying “antibiotic free”-labeled meat simply to avoid consuming antibiotics, as many people do, stop right now. Legally, NO meat product should ever contain antibiotics residue, because farmers are required to wait until the antibiotic has completely passed through the animal’s system before sending it to market.

So what to do? What can people who enjoy meat (and dairy and eggs)—but who also care about things like human health, animal welfare, the environment and treating farmers fairly—do?

Business as usual is no longer an option—and that means changing the way we farm AND the way we eat. But that doesn’t mean we all have to give up meat (or dairy or eggs), as some claim. There is an emerging scientific consensus behind the new concept of ‘Better Meat’, which centers around the important role of sustainable, pasture-based livestock systems in future global food security.

It is already widely acknowledged that animal source foods—meat, dairy and eggs—represent a critical source of readily digestible protein and micronutrients for many people across the world. Animals can convert human non-digestible feed material into high-quality, nutritious human food. Ruminants (cattle, sheep and goats) are unique in their ability to turn cellulose (think grass and forage) into meat and milk, while pasture-raised monogastrics (pigs and poultry) can utilize our food waste and by-products to produce meat and eggs. This all points to the critical role that food animal production will continue play in feeding the world sustainably.

At the same time, leading scientists are now urging many of us to make significant changes in our diets for the sake of our health—and the health of the planet. While there is no single diet solution for everyone, they are calling for a global shift to a healthier, more balanced diet, eating less but “better meat” alongside plenty of sustainably sourced vegetables and fruit. For many in the Western world, this will mean a significant reduction in the consumption of meat and other animal products; for some in low and middle income countries, it may actually mean an increase in animal source foods. It’s all about balance.

So what exactly is “Better Meat”? It is certainly not “natural” or “antibiotic-free” or “family farmed”, that’s for sure. “Better meat” could be roughly defined as meat (plus dairy and eggs) produced from animals predominantly raised outdoors on land unsuitable for direct human nutrient production (think well-managed, long-term pastures or range), fed a largely forage-based, minimal-grain diet by farmers and workers who earn a fair wage while minimizing their impact on the environment. In essence, it is the antithesis of the dominant, fossil-fuel intensive industrial food animal production model.

The emerging concept of “Better Meat” has huge potential to offer a simple message to consumers: a source of high-quality, sustainable proteins (to be consumed with plenty of fruit and vegetables) in return for a fair living for farmers and workers. But work must now begin in earnest to clearly define what we mean by “Better Meat,” as well as engage robust and trusted certification systems to independently validate any foods that make this claim. If we don’t succeed, “Better Meat” will be consigned to a mere footnote in the food history books as yet another great idea that could have changed our food system, but didn’t.