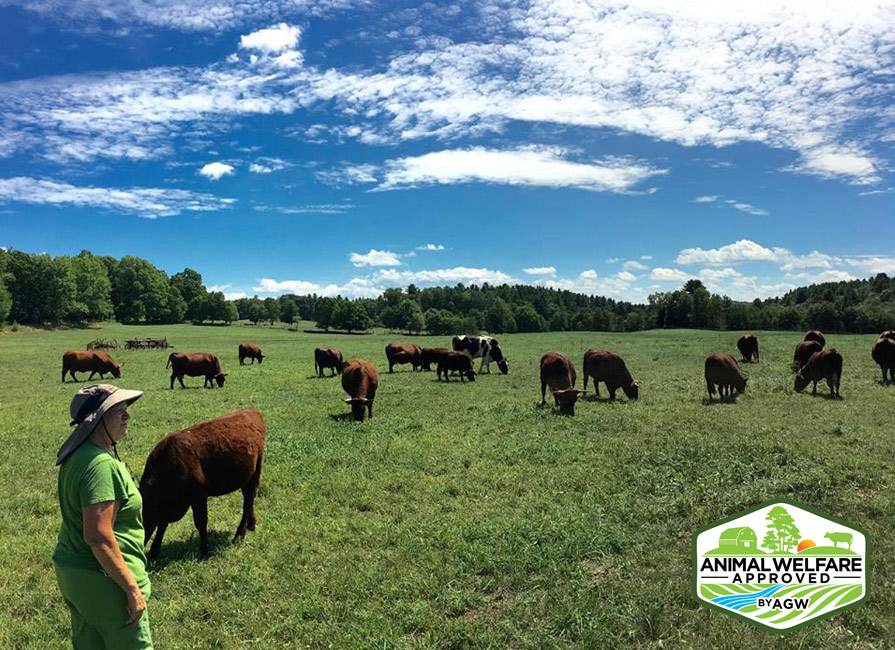 Walker Farm sits at the foot of Whortleberry Hill with land in the towns of New Braintree, West Brookfield and North Brookfield, Massachusetts. “The farm has an incredible history,” explains farmer Joan Walker. “It is on an original Land Grant from King George in the original British Colonies and has been run as a homestead and farm since 1763. We found a British pence piece when we were digging the yard. And before the European settlement, the area was the homeland of the Native American Nipmuc tribe.”

Today, the 400-acre farm is home to a small herd of Red Devon cattle, which graze the rolling, lush pastures. “We established the herd in 2012 because we wanted to produce grassfed and finished beef,” Joan explains. “No antibiotics are given to our cows and we never feed grain, eliminating the genetically modified corn fed to most feedlot cattle from our customers’ diets.”

For more information about Walker Farms At Whortleberry Hill, visit www.walkergrassfed.com  or email joanie@walkergrassfed.com.  For news and photos from the farm, follow their Facebook page.