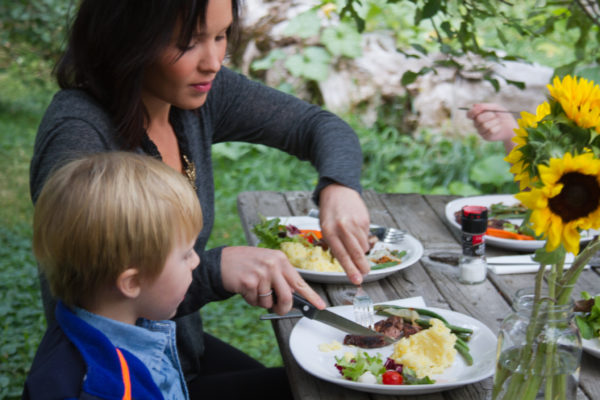 There’s been a lot of talk lately about the environmental and animal welfare impacts of animal agriculture. First we were told to avoid processed meat; then we learned beef was the new villain; and now ALL meat is being vilified as bad for human health, animal welfare and the planet.

But is meat’s bad rap really deserved? While it’s great to see more people talking about the impact of our diets on the planet and animal welfare, encouraging the world to go meat-free misses the point entirely. Here’s why:

Read more
New peer-reviewed research suggests that eating genetically modified (GM) maize – and drinking water containing permitted levels of RoundUp herbicide – may cause tumors, premature death and other serious health problems. Published in the Food and Chemical Toxicology journal, the study is the first to examine the potential long-term effects of exposure to GM food and the world’s best-selling herbicide, RoundUp. Researchers at the University of Caen fed groups of male and female rats a diet of Monsanto’s GM maize and water containing glyphosate (the active ingredient in Monsanto’s Roundup herbicide) at levels permitted in the U.S. water supply over a two-year period. The researchers claim that rats fed a GM diet, and exposed to RoundUp in their water, developed tumors and damage to their livers and kidneys and died much earlier than those fed a normal diet. Groups of rats were fed RoundUp resistant GM maize (from 11% in the diet), cultivated with or without Roundup, and Roundup alone (from 0.1 ppb in their water). According to the research, around 50 percent of males and 70 percent of females exposed to GM maize and RoundUp died prematurely, compared with only 30 percent and 20 percent in the control group.
Read more