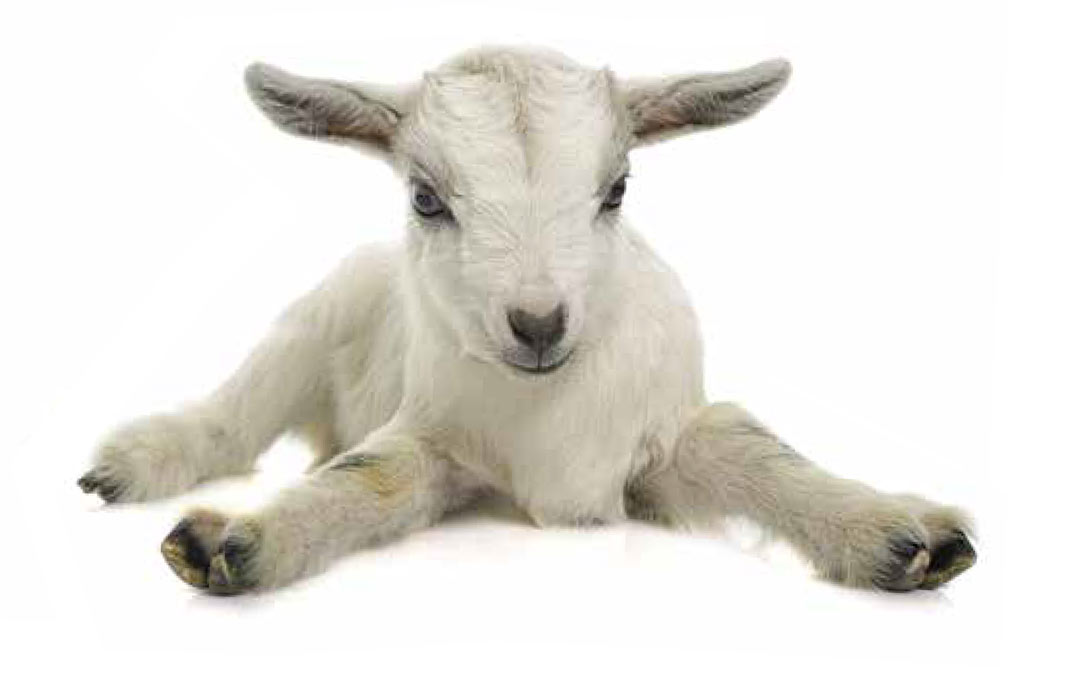 The annual reproductive cycle in goat breeds from temperate latitudes (and some local breeds from the subtropics) is controlled by day length. Reproduction is seasonal with females ovulating during short days. As the daily periods of darkness lengthen, the breeding period starts and both oestrus behavior and cyclic ovarian activity occur. During the transition, goats can undergo anovulatory estrus (‘silent ovulations’) not accompanied by estrous behavior.

Most breeds of tropical and sub-tropical origin goats breed year-round, and breeding and anoestrus periods are more likely to be influenced by the availability of nutrition.

Puberty in female goats is the age that estrus is first detected, followed by cyclic ovarian activity. (In the male it is the initiation of spermatogenesis.) Goats usually reach puberty at around five months, although nutrition and season of birth/weaning can be a key influence. The presence or absence of a male is also a significant factor. Generally, breeding should be delayed until the animal has attained 60–75% of its mature bodyweight.

Does are seasonally polyestrus (having more than one period of oestrus a year) with an estrous cycle that lasts approximately 21 days. Reproductive efficiency in female goats is determined by pro- cesses such as the length of the breeding season, cyclic activity, ovulation rate, fertilization rate, the post-partum anestrous period and the growth and viability of the offspring. Useful measures for future breeding progams therefore include the kidding rate, weaning rate, kidding interval, liveweight of kids born or weaned and the length of reproductive cycle.

There are two distinct behavioral phases at estrus. ‘Proceptivity’ involves the female seeking and stimulating a male partner, while the second ‘receptivity’ phase consists of the female standing still as a response to nudging by the male, followed by mounting and mating. Proceptivity always occurs before receptivity, and then both behaviors are expressed at the same time.

Estrus behavior normally lasts for about 36 hours, but can vary from 24 to 48+ hours, depending on age, breeds, season and presence of a male. Mossi and Angora and Mossi goats, for example, have short estrus (20 and 22 hours). Similarly, the time from the start of estrus and when ovulation takes place can also vary considerably (from 9 to 37 hours) and is dependent on the breed.

Levels of reproductive performance are dependent on genetic and environmental interactions, with seasonal availability of nutrition having the greatest influence. Nutrition can influence ovarian activity, impacting on fertility, especially ovulation rate. Targeting supplementation can result in increased litter size, while female responses to the male effect can also be influenced by improved nutrition and supplementation. Although some goat breeds have an excellent ability to adapt to nutritional extremes, this can negatively impact reproduction. The seasonal availability of nutrients can also affect reproduction considerably.

Some signs of a doe in heat: