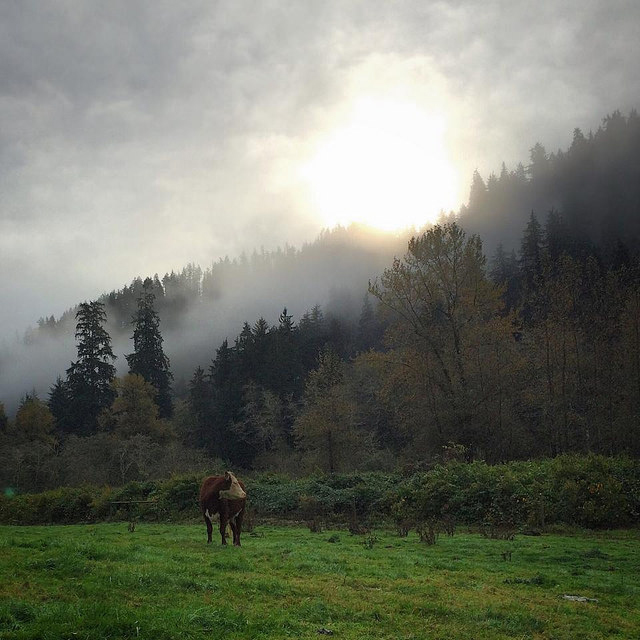 Grazed and Confused?—the new report from the University of Oxford’s Food Climate Research Network—represents an important step forward in advancing our scientific knowledge on how we might feed ourselves sustainably.

Written by a number of eminent scientists involved in exploring sustainable food production, the report seeks to address a specific—but vital—question in the sustainable food debate: What is the role of grazing ruminants in contributing to or mitigating climate change?

It is therefore extremely disappointing to see this important report being widely misrepresented in the media and misused by those who are calling for an end to food animal production, or to discredit grassfed or pasture-based livestock operations in favor of other species or production models.

As the report authors clearly state, Grazed and Confused? seeks “to provide clarity to the often highly polarized debate around livestock production and consumption, and the merits or otherwise of different production systems.” Nothing more, nothing less.

Contrary to the clickbait media headlines over recent days, as the authors state, the report does not answer the “enormous and difficult question” of whether farmed animals fit in a sustainable food system, nor “which systems and species are to be preferred.” Indeed, the authors specifically state this was not their intended purpose. The authors also acknowledge they have only considered greenhouse gas (GHG) emissions in the report and not sustainability “in its proper and widest sense,” and do not consider the wider health, socio-economic, environmental and animal welfare benefits of grassfed and pasture-based livestock systems.

As a science-based organization certifying high-welfare, pasture-based farms to the leading animal welfare standards, it is refreshing to see the authors openly challenging the more ‘extreme’ elements in the debate; “those who view grazing ruminants as cause of (most of) our planetary woes, and those who believe the exact opposite, arguing that ‘grassfed’ cattle offer a route to environmental—including climatic—salvation.” The urgent need for scientific consensus over the potential role of food animals in sustainable food production has been continually thwarted by such polarized, entrenched and arguably extremist views. For too long, these vested interests have muddied the water and stymied vital efforts to seek common ground by oversimplifying the true complexities and interrelatedness of food production, frequently dismissing sound science in favor of a particular extreme position (‘ban food animals’) or promoting quick-fix, ‘silver bullet’ solutions or ‘one-size-fits-all’ production models.

As the authors state, sustainability is highly complex: there is no single diet solution or ‘one-size-fits-all’ production model that we can all adopt. Indeed, the necessary solutions will inevitably be highly complex, multi-faceted and specific to place. It comes down not simply to what we eat, but fundamentally how it is farmed. If people took the time to read Grazed and Confused?, they would find the report clearly states that the issues are extremely complicated, and the possible solutions will be very regional/place specific.

Anyone who attempts to use Grazed and Confused? to suggest that grassfed beef systems have no role to play in future sustainable food production—or even to call for the ‘end of all livestock farming,’ as has been the case—on the basis of GHG alone is willfully ignoring the report’s conclusions that “all food production has damaging impacts, as compared with a baseline of no human presence on the planet,” and that there will be positive nutritional and developmental reasons to support livestock production in many parts of the world “as part of a suite of approaches aimed at ensuring adequate nutrition from sustainable food systems.”

Similarly, the authors dismiss the exasperating mantra still propagated by some that specific grazing and land management strategies will ‘reverse climate change’ and ‘save the world’ by sequestering carbon in the soil (forgive me) till the cows come home, and that we can thus simply shift consumption from one extreme to another. We cannot.

While the authors appear to question the underlying assumptions of a 2012 study commissioned by the National Trust, where an extensive beef farm in England was found to be carbon neutral, they do suggest that (based on the limited research currently available) the sequestration potential from grazing management is anywhere between 295–800 Mt CO2-eq/yea, or around 20-60% of annual average emissions from the grazing ruminant sector. Add this possibility to the wider social and environmental benefits of pasture-based livestock systems that the authors acknowledge, but cannot consider within the purposefully narrow GHG scope of this report, and it is clear that we ignore its potential contribution to sustainable food security at our peril.

Nevertheless, we would agree that it is wrong to assume that we can substitute current levels of industrial animal protein consumption with grassfed or pasture-based products—let alone meet predicted levels of future global demand for meat: “This future requires a massive expansion of grazing land, which would inevitably occur at the expense of forest cover, and a massive increase in methane emissions,” the authors rightly warn. “The ongoing assumption that production needs to meet the demands of high consuming individuals in affluent countries and increasingly in other parts of the world too needs questioning.”

As the authors state, most Western nations urgently need to reduce the overconsumption of food animal products—not only for the sake of the planet, but also for our individual health. But this doesn’t mean we must immediately stop eating all meat and food animal products. While the production and overconsumption of industrial animal source foods is now a global problem, and must be addressed, we believe food animal products will continue to have an important role in supplementing and diversifying plant staples, and can make a significant contribution to human health. As the report authors recognize, grassfed and pasture-based ruminants can fit into a sustainable food system, because of their ability to utilize forage grown on land that cannot support human-edible crops and their potential to produce high-quality meat and milk from non-human edible crop residues.

For many of us (largely, but not exclusively) in the Western world, this will undoubtedly mean a significant reduction in the consumption of meat and other animal products, while in low and middle-income countries, it may mean an increase in the production and consumption of food animal products, albeit to levels that do not exceed healthy dietary guidelines. As well as addressing the GHG emissions (and other environmental issues) associated with industrial animal agriculture, this dietary shift will also help address existing and emerging diet-related health issues in many nations.

Some in the environmental movement suggest that it is preferable to eat monogastric animals, such as pigs and poultry, based on lower associated GHG emissions, particularly methane. However, the authors warn against any misinterpretation of their finding as support for an increase in intensively raised white meat. As the authors warn, intensively reared pigs and poultry compete directly with humans for food (e.g. soy, grains and other feeds) and “the prospect of an industrialized white meat future could not only cause further grassland conversions and exacerbate pressures on existing arable land, but would also raise other very serious concerns.”

Not surprisingly, the intensive meat industry has remained largely silent over recent days. They are only too happy to sit back and let the media wrongly slam the ‘unsustainable’ sustainable farming sector, and so undermine any confidence that consumers might have in changing their dietary habits (the New Scientist headline, “Grass-fed beef is bad for the planet and causes climate change” epitomizes the recent spate of misleading headlines); and they no doubt watch in delight at the confusion and infighting now occurring among some proponents of sustainable farming. (It goes without saying that any perceived criticism of sustainable livestock production is grist to the mill for those who ardently oppose any future where food animals play a role in feeding people—sustainably or not.)

The time for unity and consensus among those involved in the sustainable food debate is long overdue. Grazed and Confused? is a clarion call, and represents the start of a much-needed, grown-up conversation framed around real science. For those who do not hold extreme positions on the potential role of sustainably farmed animals in future food security, it is time to acknowledge that there is far more that unites us than divides us—and there is far too much at stake to let petty division, ego and infighting continue to detract us from our shared goals.

We already agree on the urgent need to end industrial food animal production and consumption, on the basis of (among other things) the significant direct and indirect greenhouse gas emissions; the widespread erosion and degradation of soils; the localized environmental pollution from concentrated output of fecal waste; the human health threats posed by widespread farm antibiotic abuse; the devastating epidemic of obesity, diabetes and other diet-related diseases resulting from the overconsumption of industrial food animal products and highly processed fats and carbohydrates—the so-called “Western Diet.”

But we must also now recognize that the widespread adoption of a healthier, more responsible diet is fundamental to all our futures. For unless we address the overconsumption of meat and food animal products, all our combined efforts to better manage our soil, land and livestock and promote successful mitigation land management strategies, or improve the health and wellbeing of farm workers and wider society, will achieve very little in the face of runaway climate change and future global food insecurity.