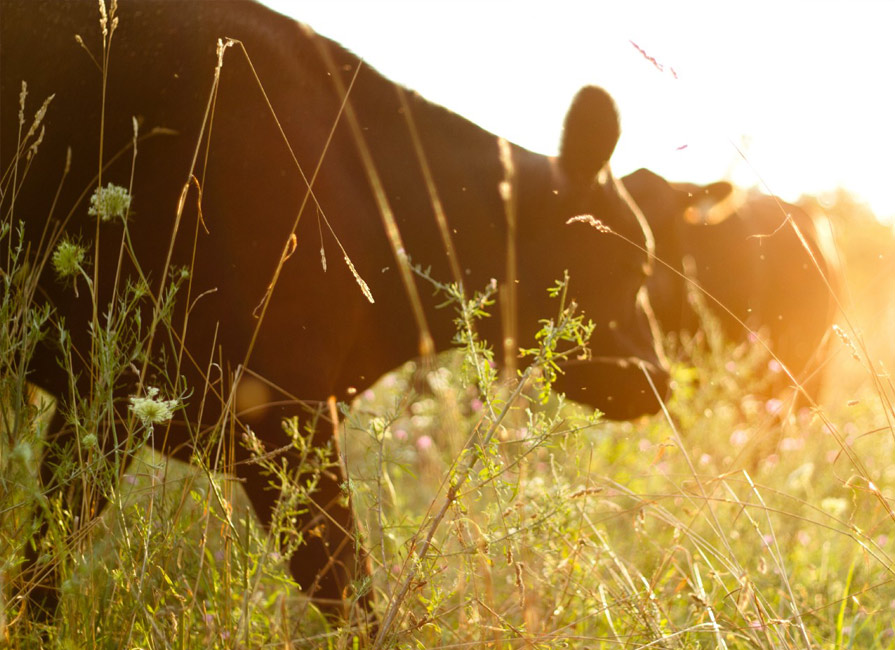 Plant-based foods are all the rage. Barely a week goes by without news of the latest celebrity-endorsed meat alternative destined to save the world. But is the ‘plant-based’ faux meat revolution really as green and healthy as it seems?

With big brand plant-based foods like the Impossible Burger™ now widely available at mainstream outlets like Walmart and Burger King (products from Beyond Meat, another major plant-based meat company, are featured in Carl’s Jr, Subway and McDonald’s — and don’t even get us started on lab-grown meat), the latest news is that U.S. schools will now be serving the ultra-processed Impossible Burger to cafeteria menus as an allegedly healthy, ‘planet friendly’ alternative to beef.

It’s a huge coup for the multi-billion dollar Impossible Foods, which openly seeks to “put the animal agriculture industry out of business,” and is the endgame of a marketing campaign that purported to help students get a better understanding of the connection between what they eat and climate change. According to Pat Brown, the founder of Impossible Foods, “Schools not only play a role in shaping children’s dietary patterns, they play an important role in providing early education about climate change and its root causes.” But the opportunity to raise brand awareness among millions of potential customers — especially at such a young age — is no doubt a truly mouthwatering prospect.

While it can’t be denied that industrial farming systems — particularly confinement animal operations — are a major contributor to global greenhouse gas emissions, is the ‘plant-based’ revolution really the answer to all our health and environmental problems? Of course not.

Just how “plant-based” is it? A quick glance at the ingredients list of the Impossible Burger and it reads more like a list of materials you’d find in a hi-tech chemistry lab. Because that’s what it is: a factory produced, ultra-processed food (UPF) product with added synthetic and genetically modified ingredients that you wouldn’t typically find in your kitchen cupboards — emulsifiers, stabilizers, humectants, preservatives, bulking agents, flavorings and so on.

What ingredients would you find in a quality beef burger? Just one: beef. (Maybe a little salt and pepper.)

The soy leghemoglobin or ‘heme’ is arguably the most controversial ingredient in Impossible’s ultra-processed burger: a unique red colored flavoring added to make the burger appear to ‘bleed.’ But unlike the natural heme found in real beef, this heme is mass-fermented in laboratory conditions by adding soy protein to a genetically engineered yeast. Though Generally Recognized As Safe (GRAS) by the Food and Drug Administration, the Center for Food Safety claims the genetically engineered soy leghemoglobin is a novel chemical and more research is urgently needed to ensure it does not cause allergic reactions or other health problems.

Research shows that UPFs make up at least 60% of the total calorie intake in the U.S. At a time when concern is mounting across the world about the potential links between obesity — particularly in children — and the increasing consumption of UPFs, no school system can defend adding the Impossible Burger on the menu on nutritional OR environmental grounds.

Does the Impossible Burger benefit kids nutritionally? No. Numerous food commentators agree that while the burger has garnered significant coverage for its similarity to beef, you can make healthier plant-based burgers in your home kitchen (see here, here and here). It’s also important to recognize that there are significant nutritional differences between real meat and its heavily processed imitation.

Is the Impossible Burger more environmentally friendly than beef? That depends on what beef you’re talking about. While industrial agriculture is absolutely harmful to the environment, we have long argued that it is wrong to tar all beef with the same brush. Grassfed and pasture-based livestock systems, like those of A Greener World certified farmers and ranchers, help to produce high-quality, nutritious meat and dairy while sequestering atmospheric carbon, alongside many other benefits to communities and the environment. By all means, let’s encourage people to cut out unsustainable, low-welfare, intensively raised beef. (There’s a good chance that we’d all feel a whole lot better for doing so.) But unless your agenda is to remove beef from school menus altogether, ignoring the opportunity to simply replace industrial beef burgers with a sustainably produced grassfed beef patty is a little disingenuous, to say the least.

Does it support independent farmers and local communities? Again, a resounding no. These plant-based UPFs are reliant on the industrial-scale production of commodity crops like corn and soy centralized factory processing and multiple synthetic inputs. Hardly fresh food bought directly from local farmers!

Would increased sales of plant-based UPFs to the school catering sector benefit the shareholders of Impossible Foods while locking independent farmers out of a potentially game-changing market opportunity to supply nutritious, sustainable meat to local schools? Yes. The reality is that UPFs move us ever closer to a highly centralized industrialized food system, dominated by a handful of corporations.

Serving our children a 20-ingredient, ultra-processed burger that relies on industrially grown crops and genetic engineering rather than a single-ingredient, sustainably produced grassfed beef patty is nonsensical on just about every level. (If you were simply looking to offer a non-meat alternative, there are far more healthier and planet-friendly plant-based options out there that don’t rely on ultra-processing and genetic engineering!)

So what’s really going on?

Fossil fuel companies must be thrilled at these trends. All the buzz about plant-based diets and reducing meat and dairy consumption as the best ways to reduce global greenhouse gas emissions only serves to deflect attention away from energy and fossil fuel use — acknowledged as the major contributors to climate change. It’s “business as usual,” all while enriching shareholders and fueling the growing plant-based foods market, which is heavily dependent on fossil fuels for artificial fertilizer, agrichemical inputs, processing, packaging and distribution.

Sadly, the rise of plant-based UPF ‘meat alternatives’ is just the latest attempt to mislead consumers into thinking they are making environmentally conscious ‘choices’ that are actually just boosting Big Food’s bottom line. As Professor Frederic Leroy warns, while “small-scale farmers, peasants, fishermen, sensitized urban consumers, food security activists, legal and political academics and human rights advocates (among others) across the world are trying to reconstruct a different food paradigm … in the corridors of power, farmers are being relentlessly pressured to become providers of cheap raw materials to the food manufacturing industry as never before.” The reality? Opportunistic global agribusinesses have discovered that plant-based product lines can generate vast profit margins by adding value through the ultra-processing of cheap commodity crop materials, such as protein extracts, starch and oil.

Here at A Greener World, we have long argued that well-managed grazing animals can help mitigate the impacts of climate change through storing carbon in the soil, all while providing nutritious food for people to eat. Numerous studies have shown that from a land and resource use perspective, foods that come from pasture-based grazing animals make up an important part of an efficient, food-secure future.

While plant-based food is all the buzz right now, we know it’s not the easy fix it seems. If your school system is considering adding Impossible Burgers to their menu, ask them why — and ask them to explain how it’s a better solution to the health and environmental problems they’re trying to solve, as opposed to a fresh, nutritious Certified Grassfed by AGW beef patty or a burger made from simple plant ingredients.

Emily Moose is the Executive Director of A Greener World, where we’re dedicated to delivering meaningful change and sustainable solutions, centered on our family of trusted and transparent farm certifications. Learn more and find AGW-certified sustainable meat, dairy, eggs and other products near you.

In the mid-1970s, the medical community began looking at ways to limit antibiotic use in…

Organic. Cage-Free. Grassfed. Natural. What do these terms and claims really mean, and how do…

Blog Categories
Back To Top
×
Search